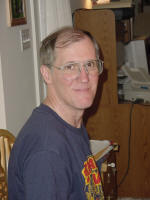 As I ponder this week and know this is our 20th year in the Richmond Strat League, I was thinking how I got started and the Roadrunners history. This is the best hobby I know of and I'm glad that I was in this league at the beginning. The story will start about how I got the game, the Richmond Strat league start, and story about the league from 1983 to now. I hope you like this and start thinking about your history in Strat.

It was 1968, Christmas day. I was under the tree and saw a present for me. I opened it up and there was the Strat Baseball game. I was 16 at the time. The cards were for 1967 season when St. Louis beat Boston. My brother and me started to play and it was great. Then in the spring, I showed the game to my two friends and the league started. I took the San Francisco Gaints (I loved this team when I was young). Mays, McCovey and Hart were the best players. My brother took Boston and my two friends took St. Louis and the NY Yankees. We played a season and it took about one year.

After that we quit for a while. Then I got the Strat Football game. We played with that but the games took to long. It wasn’t untill 1970 when my friend got the new cards for the 1969 season. I took the Gaints again with Bonds on the team. We never played a full season because I graduated soon after and went away to Air Force training.

I didn’t play much in the 70’s, just some football games. That was until January 1983. I had already read the sports paper that morning but picked it up that evening again to check on something. This was when I saw the Strat Baseball ad. I told my Dad, “Look, there’s a Strat baseball league here in Richmond, Wow”. I called and talked to Myron. We meet to discuss the league and we played a couple practice games. I knew right away I wanted to join.

Part 2 will discuss the opening draft, meeting of the managers and the first two years.